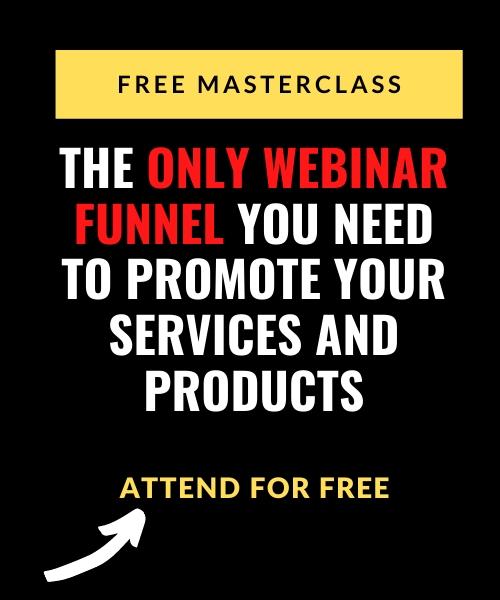 Himanshu Bisht is a webinar expert, digital nomad and Vipassana Meditator from India. With the help of the strategies he teaches, Himanshu went from $8000 in debt to earning over $50,000 and Building a Freedom Lifestyle for himself.

Have you ever thought about it, my friend!

Why do you do what you do?

Why are you doing “this” and not something else?

You could be anywhere right now, maybe somewhere you used to be in general, but you are here. You are reading this post.

If you understand the things I am going to share in the post, you will see a typical pattern of actions and situations. And perhaps, fate and luck will start making sense to you after you finish.

Before I start, here is the story of one of the wisest man ever born in human history.

Somewhere around 500 BC, A queen gave birth to a child in a place called Lumbini in Ancient India. The priests told the King that the child would either become a great king or become the enlightened man.

Years passed, and situations got changed. The child became the price: dark colour, beautiful eyes and a confident look. The prince married to a beautiful princess named Yashodhara. Everything was going well until he saw something his father had kept hidden from him from years. The “truth.”

And he became a monk. He uncovered the secrets of life and beyond death. He saw something where all the search end and he made a choice!!!

The choice to go back to the world and tell the path he walked on to find the ultimate truth. Just like all the great and wise people, his word became peals of wisdom for everyone and helped millions of people to come out of their agony and misery.

He once said something which perhaps, was one of the most important things we learned again and again from great people. Beyond the religions, the one common thing every single person can relate with and live with.

The magic secret which was always with us but nobody told us about.

And the secret was this: “You become what you think about.”

Did You Hear this in your mind:

[pullquote align=”normal”]You Become What You Think About [/pullquote]

One of the most exceptional motivational speaker and author of the twentieth century, Earl Nightengale once published an audiobook: “The Strangest Secret in the World.”

The audiobook alone changed hundreds of thousands of lives and contributed to the making of hundreds of millionaires.

In the audiobook, he explains how this secret came again and again to us, humans. From the east to the west, from the south to the north, all the great people understood this secret and many used it for their own benefit.

The answer to this question, why I do, what I do, somewhere lies here.

Your actions mostly are not the actions but the reaction of the circumstances and situations and your own previous acts. It is like a chain reaction happening in the mind where every action is contributing to the formation of the next one.

You woke up at 8 because you slept at some time and something happened “to you” when you were in deep sleep. That lead to something you did at 11 and then to another, and to another.

The great wise Buddha also said something more important, it’s not just this. What you do also plays a vital role in it.

What you did to others first happened in your mind. Maybe within a very short time, within the fraction of a second, maybe without even you realizing it. But everything which manifested first manifested in your mind. And this leads us to what we now understand as “Karma”.

Everything you did to others will turn to you someday. Good or Bad, It will come to you someday. Sooner or later, but it will return. It is just a law. Just like the law of gravitation. All things attract each other.

We are so connected that our every action is affecting each and every one of us. To the people who are thousands of miles away. To the birds who can not understand our languages. To the trees who cannot listen or see.

You may ask, well! if this is the case, why we can’t see it!

It’s true. We can’t see it, because there are millions of parameters, but if you allow your mind to think openly, you will see that it is certainly true.

If you will try to remind your childhood closely, you will see how a sequence of decisions you or someone else took guided you here.

There were subtle, minor things you might have had never noticed which were necessary to make the situations as they were and as they are, today.

One-by-one, step-by-step. The things the first man (or our ancestor species) did made us better in thinking and learning. The action the next generation took made another generation do things which they might have had never tried before. And the generation kept moving. We reached this situation where our minds are opening to new possibilities.

We are now ready, and open, to understand the “possibilities” and opportunities. And the growth is now exponential. The action someone took thousands of years ago, you took years ago and the situations around you which were the result of someone’s action made it possible for you to reach here.

Right here, reading the words I have written here.

Guess what! We all are connected to each other. As I said! no action of yours is wasted or flies in the air.

As long as you remember this, you know why taking actions keeping results in mind is really important. This is why we do what we do!!!

(first draft, unedited and with hundreds of grammatical mistakes)

Zoom Can not Host Evergreen Webinar – Do THIS

31+ Astonishing Webinar Statistics and Benchmarks in 2020

TAKE QUIZ TO GET QUALIFIED

Please log in again. The login page will open in a new tab. After logging in you can close it and return to this page.